In these uncertain times, the brands that have been building the biggest value and mindshare for themselves are those that have been able to engineer and flog “imagined memories” of past greatness.

Euro woes and the deepening unpopularity of the Coalition Government have provided Her Majesty’s Advisors with the perfect foil for a re-positioning of the Monarchy.  Preparations for upcoming Diamond Jubilee Celebrations have become an excuse for stoking the British public’s nostalgia for the past greatness and formidable present legacy of the British Empire. Said Her Majesty in her speech:

“We are reminded here of our past, of the continuity of our national story and the virtues of resilience, ingenuity and tolerance which created it. I have been privileged to witness some of that history and, with the support of my family, rededicate myself to the service of our great country and its people now and in the years to come.”

And the world echoed, “God save the Queen.” Because the Royal Family are no longer just Britain’s but also the World’s.   Note how when I mention “The Royal Family,” there is no need to add the qualifier “British.”  We all know which Royal Family I’m referring to.

When Wills got hitched to Kate – billions tuned in, their hearts a-flutter with this tale of chivalry, young love and purported upward social mobility.  I was here in New York at the time and you would have thought the War of Independence never happened, so entirely enraptured were New Yorkers with their new Duke and Duchess.  Burger King was promoting Royal Wedding specials. NBC ran and re-ran ads for its live coverage of the Royal Wedding ad nauseum.  Finally, at 4 a.m., millions of New Yorkers dutifully turned on their television sets. The next morning, tabloids and CNN were all a-buzz with Kate’s Alexander McQueen dress and Pippa’s gym-toned buttocks.

Incidentally, America, and New York in particular, appears to me to be an economy and society built on and driven by nostalgia. The prevailing psychology is one of displacement – a kind of self-deluded sense of purpose which is in actual fact a form of escaping melancholia due to an unfulfilled desire to return to a distant past. It’s complicated.

What every New Yorker deeply aspires to – and you can see this in the aesthetics of the most popular restaurants and bars, as well as in “Home and Interior Decor”  magazines – is the re-creation of the ancestral Home by all means possible.  New Yorkers, in other words, are striving so hard to get ahead, so that they can be right back where they started.

But this displacement translates into big bucks.  The biggest American brands are those that are able to capitalize on this nostalgia for a simpler, Old-World European life – Martha Stewart peddles a kind of landed gentry style of living even though the landed gentry would never have been caught stepping into their own kitchens; Ralph Lauren (and for this I have to thank Witold Rybczinski for his excellent book Home: A Short History of An Idea) sells a kind of preppy neo-English gentleman’s lifestyle, replete with the kind of princely poise, charm and posture that most English gentlemen never had.

In another vein, the whole “Hipster Movement” – I live in Williamsburg after all – is really the sublimation of another kind of nostalgia – that for an imaginary 70s and 80s in which there was no AIDS, crime, political strife and Vietnam, but rather, only a very heightened sense of individual style in the context of a general vibe of conformist irreverence.

But when in business, it never pays to have too acute a sense of irony.  The strategy for anyone starting a business in New York is to capitalize on nostalgia un-ironically. Everybody seems to get the game. And so you have a doubly ironic situation where things feel more Old World here in the New World than they feel back in the Old World.

To complicate things further, this un-ironic New World take on Old-World (European) style has returned to the Old World, taking cities in Europe, the Middle East and Asia by storm.  Ralph Lauren and Martha Stewart-esque lifestyle programs are huge hits with the young affluent middle-classes from London to Dubai to Mumbai to Shanghai to Singapore, underscoring clearly, that what we all really aspire to as human beings, is to exist in a gilded simulacrum of the past, not the past itself, in all its actual multi-sordid splendour. 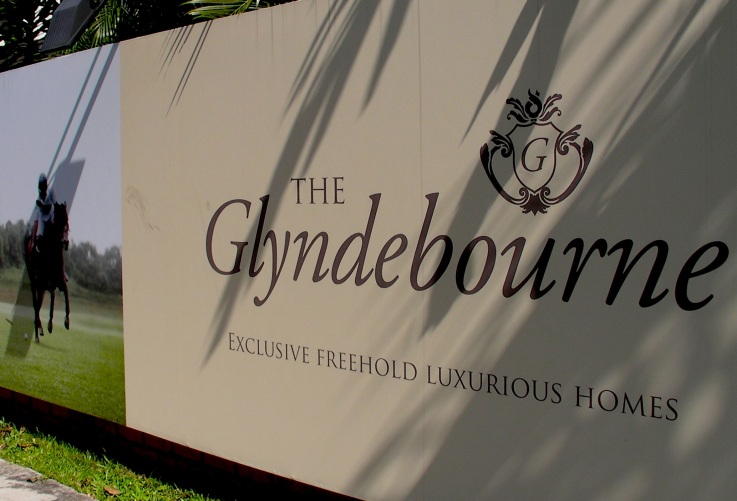 Capitalizing on Colonial Nostalgia in Singapore

Link #4: The Hours and the Uses of Nostalgia http://www.prospectmagazine.co.uk/2011/08/the-hour-and-uses-of-nostalgia/.

Excellent, cogently argued article on the British public’s obsession with re-imagined histories and the trend of hugely successful period dramas like Downton Abbey and The Hours.

I am a wandering cityophile and pattern-finder who is pathologically incapable of staying in one place for any long period of time. When I do, I see the place from different perspectives, obsessive-compulsively.
View all posts by Kennie Ting →